Skip to content
[Text|High-tech LED reporter Wen Zhao] Since 2014, the development of the LED industry has entered the fast lane, and the production capacity of the upper, middle and lower reaches has been fully utilized. Whether it is made of materials, supporting equipment or equipment, the whole industry has shown a thriving scene.

However, from the current low-end disordered competition, price war, product homogenization, and falling gross profit margins in the LED industry, the profitability of LED companies is not affected, which is not conducive to the health and sustainable development of the industry. 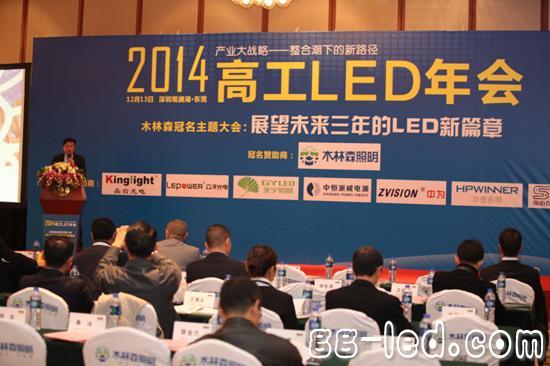 In the next 3-5 years, the industry is considered to be the stage of rapid growth of LED lighting. In order to gain a share in this huge market share, LED companies are gearing up and seeking breakthroughs in many aspects. As Dr. Zhang Xiaofei, Chairman of Gaogong LED, said, the LED industry is already in a period of change. In the future, especially next year, it will be the cornerstone of the company's comprehensive strength.

On the afternoon of December 13, at the 2014 High-Tech LED Annual Meeting, the theme of â€œLooking at the new LED chapter for the next three yearsâ€ titled by Mulinsen, the industry gathered together to discuss the future development of the LED industry.

Lin Jiliang mentioned such a set of data, the global lighting market has reached 160 billion US dollars, and at the same time, it can be seen that the scale of LED lighting is growing step by step. With the global installation of lighting products, the penetration rate of LEDs is gradually increasing year by year. Even more than the increase in volume, and even the increase in revenue is constantly improving. LEDs can be used across many other industries, which gives LEDs unlimited possibilities in the future, and we are full of hope in it.

A thousand readers, there are a thousand Hamlet. Different people have different opinions about the same thing. Gong Wen, general manager of Jingtai Co., said that not only the LED industry will encounter such problems, but the entire world economy has encountered such problems. He is personally pessimistic. This is a medium- and long-term winter and will not pass quickly.

"This is not only a problem of the LED industry, but also a problem of the entire world economic environment," Gong Wen said. "In fact, there is no imaginary bad. The application of LED is very extensive. There are also many applications for lighting. If a new blue sea is developed. The market for the LED industry will multiply." So from this perspective, Gong Wen is not so pessimistic about the future of LED.

Whether it is warm winter or cold winter, what we are experiencing is the best era and the worst era. It is the golden age of LED.

"What to fight in the future? The axe is good, the bayonet is good, but also the internal strength, the more strength, the brand, the soft power, the capital; in the next three years, many companies will be very difficult." Conference host Gao Gong LED chairman Zhang Xiaofei throws the question: "2015 will be a year of nervousness. What should we do in the fierce market competition?" 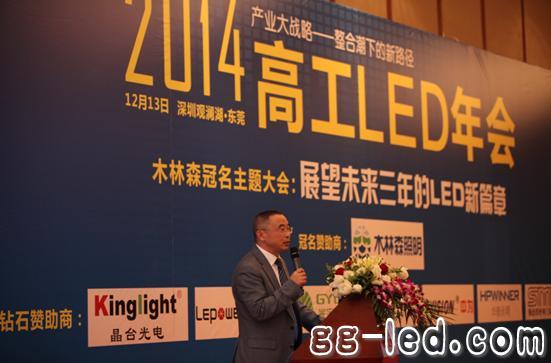 On this issue, Lin Jiliang gave the answer from different angles of the upper, middle and lower reaches. He believes that the upstream part will continue to merge, restructure and expand in the next three years, and the industry threshold will be further improved. In the middle reaches, there may be oversupply due to rapid expansion. The situation, accelerate the industry reshuffle, slowly move towards innovative development and mature process; the downstream part, whether from the past to the present or the future, is the best portrayal of the chaos. The market is in the position closest to the consumer terminal, there are many opportunities, the entry threshold is low, some people come, some people go, the industry is relatively chaotic will be the norm.

"It is expected that the indoor lighting market will maintain a high-speed development trend in the next few years. It can be said that the LED lighting automation production line will also enter a high demand period." Zhong Genguang, deputy general manager of photoelectric industry, believes that the current LED lighting market is increasingly competitive. The traditional manual production mode is out of date. The LED lighting automation production line can effectively solve the problem of enterprise product quality, and can further reduce the production cost and enhance the product competitiveness, and will enter the high-speed demand period.

Qu Junyi, general manager of Liyang Optoelectronics pointed out that the current shortcomings of outdoor lighting street lamps are that the color temperature is too high, so the penetration ability is weak, and affects the sensitivity of the sensitizer; the light effect is low, from the perspective of safety, the government department does not recommend it; High, there is usually a phenomenon of saving electricity and not saving money. Even if it is a contract energy management method, the recovery cost time is too long.

"Standardized light engine can solve many difficult problems in high-power LED outdoor lighting, such as heat dissipation, waterproofing, light distribution, serialization, maintenance, versatility, etc." Hua Kai, general manager of Huapu Yongming, said that as an ODM manufacturer, Maple Yongming We value the quality of our products and choose the highest IP68 to ensure that the lamps can work efficiently in the coastal high-humidity environment or in the ultra-low temperature snow cover in the north.

In this regard, Li Jianshan, technical director of Hangzhou Zhongheng Paiwei Power Co., Ltd., agrees that he believes that quality is the life of outdoor lighting power.

Since the industry has consistently identified the LED street lamp driving power supply as the most vulnerable part, the easy replacement of the power supply has basically reached a consensus in the industry.

â€œLight source modularization should be the direction of future streetlight technology development.â€ Xu Min, deputy general manager of Shanxi Guangyu emphasized that modularization has excellent features such as easy assembly and easy replacement of maintenance. At the same time, from the perspective of industrial chain, The division of labor in the manufacture of luminaires has become possible, making the integration between industries more compact, simple and efficient.

In addition, on the theme of the day, Sloan Optoelectronics Project Director Zhang Luhua also shared the keynote speech on "EMC Packaging Status and Trends".

Our well-equipped facilities and excellent quality control throughout all stages of production enable us to guarantee total customer satisfaction. Besides, we have received CE, CB, RoHS and CCC certifications.

As a result of our high quality products and outstanding customer service, we have gained a global sales network reaching America, Asia, Europe, Africa, the Middle East and other countries and regions.

If you are interested in any of our products or would like to discuss a custom order, please feel free to contact us. We are looking forward to forming successful business relationships with new clients around the world in the near future.