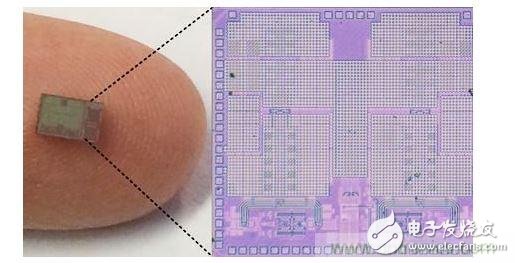 CoSMIC Lab's full-duplex transceiver ICs are built in nanometer-scale CMOS for simultaneous transmission and reception over the same frequency.

Harish Krishnaswamy, a professor of electrical engineering at Columbia University, said: "Before, it was generally considered impossible to achieve full duplex at the same frequency, because if you transmit and receive simultaneously at the same frequency, the receiver will be due to the transmitter. Interference and failure - the transmitter's interfering signal may be a billion times stronger than the signal it needs to receive. But we have designed a cancellation mechanism for echo or self-interference that can be accurate in parts per billion. Filtering the interference from the transmitter, making the received signal easier to detect after interference cancellation."

According to Krishnaswamy, if there is no such research team to develop such a circuit, "full duplex" is nothing more than trying to hear someone whispering something while someone is yelling at the door. Krishnaswamy is currently working with Columbia University PhD candidate Jin Zhou on the study.

"But if you can somehow eliminate or block the screams next to it, be aware that you have to eliminate the near-perfect, then you can hear these whispers," Krishnaswamy said. "We have found achievable This ideal method allows for the complete transmission of such electromagnetic wireless signals using a tiny CoSMIC chip." 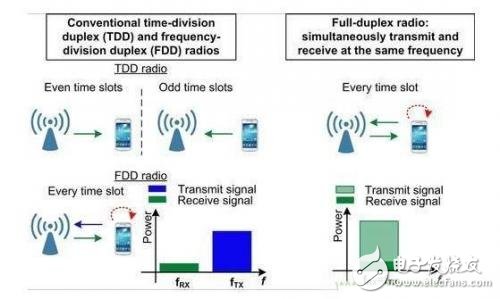 Krishnaswamy's so-called "echo cancellation" or "self-interference cancellation" mechanism - CoSMIC - is installed at the input of the receiver to suppress the loud transmission signal so that a quiet receiver signal can be heard.

In principle, all RF communications are best suited for this technology, Krishnaswamy pointed out, his research team has designed a circuit that can achieve this goal on a single chip. Researchers will begin to try to double the speed of wireless signalsâ€”especially Wi-Fi and cellular communications for smartphones and tablets.

"Wireless communications are facing the need to respond to 5G advances by 1,000X times the data capacity, which will present significant challenges, and the full-duplex industry will play a very important role in achieving this goal," Krishnaswamy said.

In addition to RF, this technology can also be used to double the capacity of an optical communication channel. â€œWe have been thinking about optics, but in the near future, we can expect to master wireless technology more effectively,â€ Krishnaswamy added.

According to Krishnaswamy and Zhou, the CMOS chips they developed must be manufactured in nanometer scale to achieve a one-billionth elimination rate. In order to implement a commercially available chip package, the research team is working with a team of Gil Zussman, a professor of electronic engineering systems. In addition, DARPA also sponsored the study.

Rectifiers have many uses, but are often found serving as components of DC power supplies and high-voltage direct current power transmission systems. Rectification may serve in roles other than to generate direct current for use as a source of power. As noted, detectors of radio signals serve as rectifiers. In gas heating systems flame rectification is used to detect presence of a flame.