The Ministry of Industry and Information Technology estimates that the growth target for industrial enterprises above designated size will be around 6% in 2016, down from 8% in 2015. In the situation where the traditional industry is oversupplied and the new industry has not yet grown up, the industrial growth target will be lowered in 2016. The demand in the traditional industry is weak, and some of them are the first negative growth for many years, and the turning point is emerging. In addition, experts warn that all localities are keen to invest in emerging industries, and do not rule out the chaos of repeated investment, which will affect the industrial growth rate in 2016.

The 21st Century Business Report learned that Shandong gave a target of more than 7%, while Jiangxi's growth rate of industrial enterprises above designated size in 2016 was around 9%.

The provinces have set the 2016 target to be low because the country has already lowered its speed. The Ministry of Industry and Information Technology determined that the growth target for industrial enterprises above designated size in 2016 is around 6%, which is lower than around 8% in 2015.

At present, the surplus of traditional industries is relatively serious, and the growth rate of new industrial investment is not as great as that of 2015. However, all regions have accelerated investment in strategic emerging industries in 2016. Most provinces and cities across the country are following the policy of 2025 China, and hope to have a good start in 2016.

Li Xiaohua, director of the Industrial Distribution Research Office of the Institute of Industrial Economics of the Chinese Academy of Social Sciences, pointed out that China Manufacturing 2025 has identified 10 high-end industries. The industries arranged by the provinces are similar, but in specific development, they can be different in some aspects, such as the same There are many options for raw materials.

"The direction of the industry set by the government should not be too fine, so that it can give the industry a larger autonomy," he said.

The target of industrial growth in various regions has been lowered

At present, the provinces and cities are not set to target the growth rate of industrial enterprises above designated size in 2016.

The relevant departments of Sichuan Province expect that the growth rate of industrial enterprises above designated size in 2015 may be around 8%, and the target for 2016 is 7% or more, striving for 7.5%. 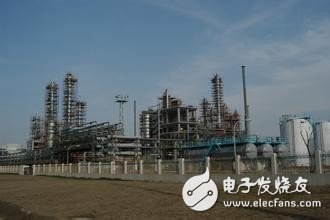 The target of industrial growth in various regions has been lowered

The local governments have successively lowered the growth rate because the Ministry of Industry and Information Technology has adjusted the growth rate of industrial enterprises above designated size to around 6% in 2016, which is lower than 8% in the previous year. This is the first time that the industrial growth target has been lower than the economic growth rate for many years. aims.

The 21st Century Business Report was informed that the Ministry of Industry and Information Technology expects the growth rate of industrial enterprises above designated size in 2016 to be around 6%, while some local departments expect that the growth rate of all industrial added value in the whole country in 2015 will be less than 6%.

The downward trend of industrial growth is heavy and needs to be lowered. This is because the traditional industries are oversupplied and the new industries have not yet grown.

An important reason for China's heavy chemical overcapacity is the change in demand scale and demand structure. China's total production capacity has already accounted for a very high proportion of the world. "The average utilization rate of China's industrial production is around 70%, which is 15 percentage points lower than the international level." Lu Zheng said at a recent meeting.

The 21st Century Business Report learned that in the first 11 months of 2015, the output of steel, cement, flat glass, automobiles, mobile phones, notebook computers, crude steel, generator sets, and metal cutting machine tools all experienced negative growth, and the ex-factory prices of these products were mostly negative. This indicates that the demand in these industries is weak, and some of them are the first negative growth for many years, and the turning point is emerging.

Another reason for the downward revision of targets is that the number of large projects in 2015 is decreasing. A news from the 2016 Industrial and Informatization Conference of a province was that 2017 industrial projects were completed and put into operation, a decrease of 414 from 2015, and an increase in output value of 20 billion yuan. Stocks are also accelerating, and industries such as steel are accelerating capacity, making production and operation more difficult.

In addition to the pressure on production capacity in industries such as steel, many industries have increased their losses, which has put pressure on further industrial growth. Liu Xuezhi, an analyst at the Bank of Communications Financial Research Center, believes that new demand growth has also been affected when compressing traditional industries with excess capacity. The decline in industrial ex-factory prices in 2016 may be around 4%, which is larger than the 5% in 2015, reflecting that industrial demand is still relatively low. 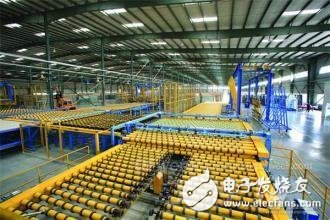 Hu Shizhong, director of the Jiangxi Provincial Industry and Information Technology Committee, pointed out that in 2016, it is necessary to focus on intelligent manufacturing, focusing on industrial clusters, key enterprises and major projects, actively cultivating new power, developing new formats, and improving new quality and efforts. The province's industrial transformation and upgrading, green development, to ensure the smooth and healthy operation of the province's industry, to achieve a good start in the "13th Five-Year Plan".

Li Xiaohua, director of the Industrial Distribution Office of the Institute of Industrial Economics of the Chinese Academy of Social Sciences, pointed out that emerging industries in various provinces can make good choices, and they do not have to be identical, otherwise they will become repeated investments.

In fact, the new growth points of many industries are not clear. Many industries do not have certain basic conditions and may not really grow up. "So the choice of emerging industries is different, there should be some differences in the specific direction." Li Xiaohua said.

In the deployment of the National Conference on Industry and Informatization in 2016, it emphasized the overall strategy of building a strong country and a network power, and promoted the supply-side structural reform and in-depth implementation of the contents of China Manufacturing 2025.

Various localities have introduced corresponding plans, but whether the above-mentioned industry planning will lead to the introduction of the â€œTwelfth Five-Year Planâ€ and seven strategic emerging industries plans, the crazy investment in various places will lead to a serious excess situation. Experts believe that this is indeed possible. 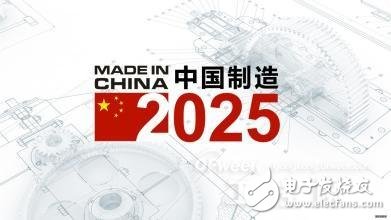 Liu Xuezhi of Bank of Communications Financial Research Center believes that the economic growth rate in 2016 may be around 6.7% and 6.8%. It is a long-term task to go to real estate inventory and the capacity of the surplus industry. There is demand in emerging industries, but if all localities are crazy The investment projects do not rule out the chaos of repeated investment.

Liu Xuezhi believes that the actual industrial growth rate in 2016 is also less than expected. Even the possibility of industrial growth above the scale of only 4% exists. Therefore, all localities need to consider more comprehensively.

Accessories for cameras are mainly for care, protection, special effects and functions.