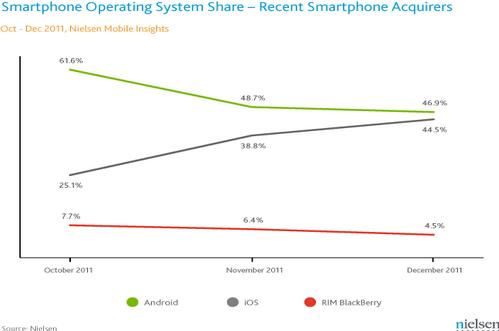 According to Nielsen's survey data for October 2011, 61.6% of consumers chose Android phones, 25.1% of them purchased iPhones, and BlackBerry ranked third, at 7.7%.

There is no doubt that Apple's iPhone 4S launched in October was the main driving force for the growth of iPhone smartphone sales. Nielsen found that 57% of new iPhone users chose the iPhone 4S. However, the iPhone 3GS and iPhone 4 data have not been disclosed.