DoNews October 29 news (Reporter Xiang Mi) In the Baidu 100 dialogue "The BIG Talk" fifth event, Daniela Rus, director of the MIT Computer and Artificial Intelligence Center, said that the robot has achieved For large-scale production, if robots and artificial intelligence can be combined through computers, humans can truly lead customized manufacturing.

Daniela Ruth also pointed out that robots, automatic computing, 3D printing, etc. are all subversive technologies of this era. In the next decade, human beings may see a lot of high-tech technologies blending together to produce something that can't be done, even having a greater impact on human life. 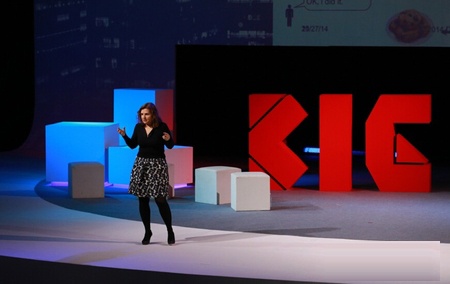 How to achieve a high degree of manufacturing automation?

Daniela Ruth said that in the manufacture of robots, humans have experienced a very large disruptive development. From the economic indicators in the robot industry, it can be seen that the hardware industry is moving at a very fast speed, both from the decline in hardware prices and the emergence and development of 3D printing technology and manufacturing technology.

â€œThere are now Google robots that can drive 300,000 miles. Now there are a lot of robots or drones, which makes companies like Amazon change their business model. The family uses millions of robots to clean at home, so the robots are Start large-scale manufacturing."

Daniela Ruth pointed out that in the rapid development of the robot industry, one of the most profitable industries is the automotive industry, because there are many repeatable processes in automobile manufacturing, and nearly 80% of the assembly processes use robots. .

However, Daniela Ruth still believes that by combining computers and robots, humans can achieve a very high degree of manufacturing automation.

Daniela Russ said that humans have now begun to realize the interaction between humans and machines. By programming multiple texts, the robots can divide these programming linguistic indications into instructions when they interact with humans. A lot of processes are done in the middle.

Daniela Ruth also said that sometimes the robot may suddenly get stuck because of the wrong command. At this time, if the robot seeks human help, the intuitive interaction between the robot and the human can be realized.

"If the machine tells you that you are helping me, this is not very clear in itself. You don't know how to help it. But if the way the robot interacts with you is changed to the execution process, find out why the robot will get stuck and you need to help. What is the action it performs. From this instruction, we can further communicate with the robot in natural language, and we can get a very powerful interactive process."

Daniela Ruth said that if humans want to allow robots to participate in everyday life, humans must make an effort to enable these robots and humans to interact intuitively. These robots must be able to use human natural language and humans. communication.

What changes will digital manufacturing bring to life?

According to Daniela Russ, based on the development of 3D production technology, MIT Computer and Artificial Intelligence Center has created some templates in its system, using 3D printers to print out templates, and has produced new types of materials and new types of robots. .

However, Daniela Ruth also said that although these robots are very capable, it still takes a long time for humans to produce such a robot. Therefore, for humans, whether it is possible to quickly produce customized robots is an important issue at present.

â€œOne solution is to create modular robots,â€ says Daniela Russ. The modular robot consists of many ions and cells that can be combined to form a type and then disintegrated separately. Another type.

Daniela Ruth bluntly said that this solution is less likely to be realized, but humans still have other ways to replace it: one is to create modules to make different combinations, such as making some cells that can move, These cells can be formed into a variety of shapes to create robots of various shapes and to quickly produce machines.

Another way is to create a process that can help humans quickly build multi-functional robots.

At the end of the speech, Daniela Russ said that she is very convinced that robots can make a large number of products and can be customized. In the future, people can design robots in their own homes and customize them. â€œIn the future, robots can make our lives easier. By pressing a button, we can get the physicalization of a machine.â€

1.The heat transfer rate is up to more than 90%, saving energy and
electricity
2. The honeycomb circuit has planar heating, and the effective
heating area accounts for a large proportion, about 60% of the
product area, and the heated object is heated more evenly
3. Radiate far-infrared light wave, making the heat source softer
4. Wide circuit and connected design, no need to worry about
crimping the circuit break
5. Add the thermostat protection device, which can ensure the
product safety under bad conditions and effectively prevent the
superhigh temperature of the object being heated