If we say that a product, a service or even a solution can fundamentally change our lives, there is no doubt that the Internet of Things must be the driving force for all of this. Whether it's on paper or on the ground, all innovations require a determination to move forward. Let us now take a look at the companies that have applied the Internet of Things to new areas in the past few years. 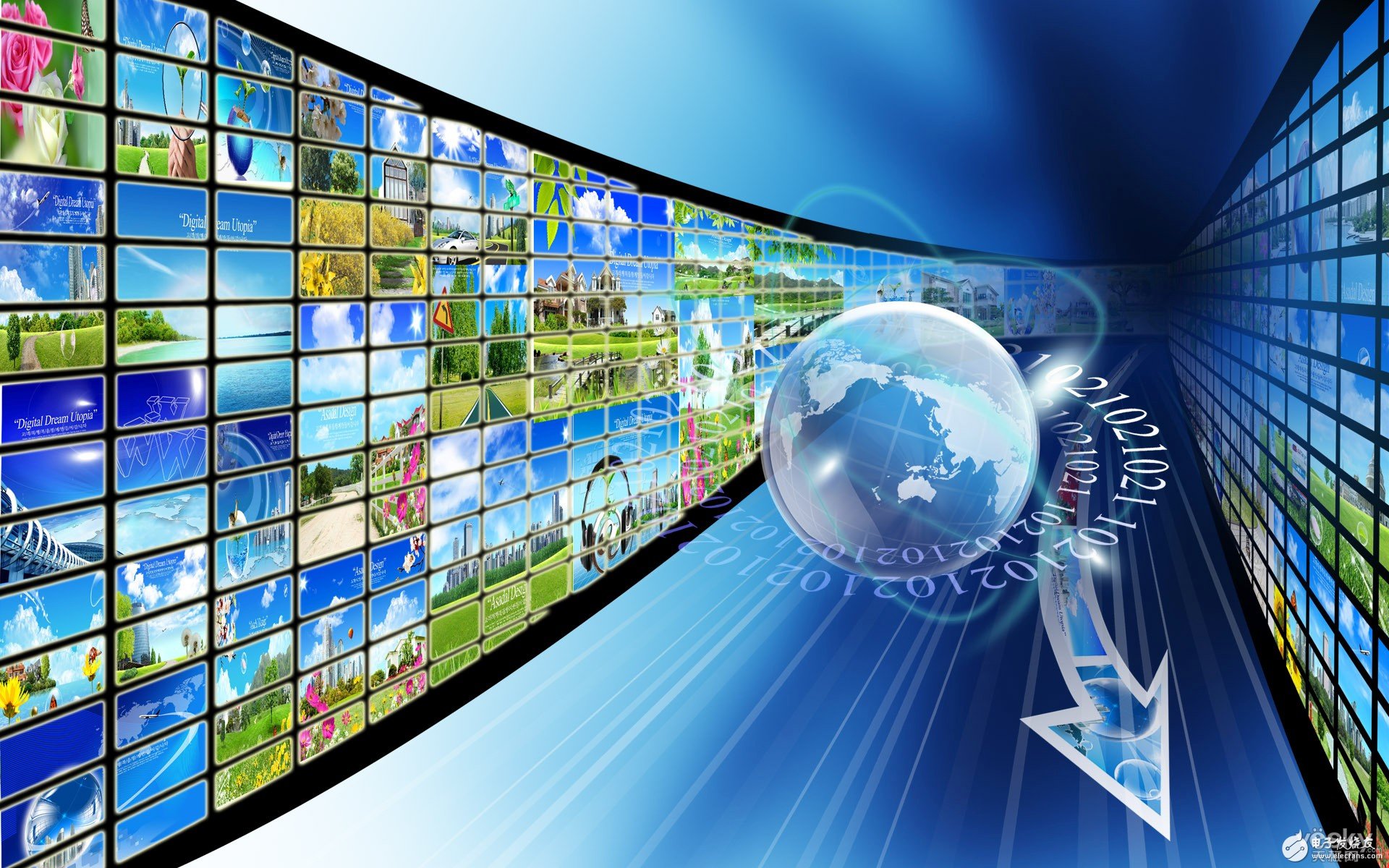 1. Intel - addicted to the Internet of Things

It is no exaggeration to use the word "indulgent" to describe Intel's exploration in the field of Internet of Things. From the CES at the beginning of the year to the IDF in April, all kinds of IoT products occupy people's attention, ranging from computing platforms to cloud management, which proves that Intel is making efforts in the Internet of Things. The just-released Intel first-quarter earnings report also proves that the Internet of Things Division (IoTG) is one of Intel's fastest-growing business units (2014 revenues reached $2.1 billion and revenues in the first quarter of 2015 reached $533 million).

As a chip giant, Intel also established the Internet of Things (Open InterConnect, OIC) in cooperation with Samsung, Dell and other vendors in 2014. In early 2015, Intel went one step further and launched an IoT platform to help companies test, deploy and protect smart devices more easily. Intel has partnered with companies such as Dell and Accenture on this platform. There is no doubt that Intel will strive to win more opportunities for cooperation. Intel also demonstrated several new IoT software and hardware products for the first time, simplifying the work of developers.

Kickstarter brings millions of dollars in financing and attracts countless consumers to focus on Internet-based home appliances, including toothbrushes, cookware, light bulbs and even lawn sprinklers. Kickstarter's head of design and technical collaboration, John Dimatos, said: â€œKickstarter shows people the future of home trends.â€ This crowdfunding website not only raises money for IoT start-ups, but also provides them with a customer base that is interested in improving their lives through technology. . Dimatos said: "If you have a very great idea or prototype, and you want to see people's feedback on your ideas, then Kickstarter will help you to contact the customer base."

By allowing users to write simple "passwords" to connect to purely digital Internet services, IFTTT initially won the hearts of geeks. For example: "If the photo on Facebook marks me, save it to Dropbox." Or "If the New York Times mentions my company, please email me." But recently, IFTTT is integrating with the Internet. Tangible devices, which means users can write "passwords" to set their own Nest thermostats or share their Nike or Fitbit recorded athletic scores on Facebook. The pre-made "password" generates a color-coded weather alert on the PhilipsHue bulb. Once the smartphone is touched, the space heater will turn on. Users can even automate the feeding of fish by writing "passwords".

However, connecting all of these devices to the IFTTT platform means that even non-developers will be able to develop custom-tailored hardware and customize the way the hardware interacts with the Internet with just a few mouse clicks.

Samsung once surpassed Apple in the smartphone competition, but lost in the competition with Xiaomi. Of course, in this era of Internet devices everywhere, Samsung phones are far ahead of many smartphones. In the long run, this may become even more important. David Eun, executive vice president of Samsung Electronics, said: "Imagine a world where all devices are connected to each other. And you only need to have a smartphone to represent one of the biggest platforms on your behalf, and this platform can distribute content, services, Apps, even ads.

5. Spark - Promoting the rapid development of the Internet of Things

Iterating and updating websites and applications is very common, but using physical hardware is hard to do. And Spark will help: it provides a cloud backend and an Arduino-compatible, Wi-Fi-enabled breadboard to help IoT creators quickly iterate. The board is connected to sensors, controllers and other hardware without a soldering iron. The cloud platform enables developers to remotely control their products, build web and application interfaces, and access devices through pre-built APIs.

The company said in July 2014 that after raising $500,000 on Kickstarter, the company has sold more than 30,000 Spark Core prototypes. Spark has become the heart of Lono's smart lawn sprinkler controllers and dog gaming consoles such as CleverPet.

6. Microsoft - Open Windows for the Internet of Things

Not to be willing to let Google rule "Nest", Microsoft has stepped into the military Internet of Things field and announced a free Windows license for devices under nine inches and a new accelerator designed to support home automation startups. The company invites customers to let Windows involve their desktops, mobile phones and embedded devices, and the company announced the availability of Azure cloud services to process data from embedded devices. In addition, Microsoft announced the availability of Windows services for Intel Galileo processing boards for IoT devices.

In just a few months after launching the product, Microsoft announced that it will work with partners to apply its technology to a variety of â€œobjectsâ€, including elevators that know when maintenance is needed, smart home health monitoring tools and new Orleans improved emergency response system.

7. Tesla - applying the Internet of Things to cars

With a streamlined design, all-electric engine and the legendary experience of founder ElonMusk, Tesla's cars have received a lot of media attention. And as a car manufacturer, Tesla has successfully applied the Internet of Things to the automotive field. In early 2014, Tesla reached an agreement with AT&T: AT&T will provide wireless connectivity to its car owners and passengers in the future, enabling secure remote diagnostics, real-time updated maps and Internet-based entertainment. New and existing S-type owners now have access to free Internet radio, car connectivity and smartphone apps for 4 years. For example: If the driver does not remember where he parked his car, the corresponding mobile app can remotely call the speaker in the car to remind the owner of the specific location of the car.

What's more, Tesla can remotely repair the safety defects caused by the overheated charging system that appeared in early 2014, and reprogramming to compensate for current fluctuations, thus eliminating the traditional safety recall process. For manufacturers and customers, losses can be reduced. Smallest to the lowest.

Google's Nest division has developed a line of thermostats and smoke detectors, acquired Wi-Fi camera maker Dropcam and announced the launch of the "Workswith Nest" program. This program integrates Nest's own products with those of other smart device manufacturers. For example, before the smart car enters the lane, tell the home's Nest thermostat to start heating the preheating room by phone, or the Big AssFans smart fan works with the thermostat to keep the room temperature right.

At the same time, Google has extended the Android platform from mobile phones and tablets to wearable devices such as cars, televisions and smart watches. This means that these devices can connect to Android smartphones and tablets, as well as applications developed by developers in the Google Play store using known APIs and tools.

9.Salesforce - Bringing the Internet of Things to the workplace

Salesforce is an enterprise cloud computing company dedicated to making its customers use the Internet of Things. Its SalesforceWear software development kit promises to enable business users to use wearable devices such as Google Glass, Samsung Gear smartphones or Myo gesture control armbands. Salesforce hopes that surgeons can use Myo to command X-ray equipment without having to stop working to wash their hands. The line inspector wearing glasses can record sounds and take photos while holding things in the hand, while hotel guests wave the BionymNymi ID wrist. Get personalized service with the belt.

The London Underground has been in existence for more than 150 years, including the lines and tunnels originally built by several companies and the lines that were later built. Transportfor London strives to integrate state-of-the-art technology into these Victorian-era subways, working with Telent, CGI and Microsoft to integrate cloud sensors into the subway line. This means that subway managers can spot problems in real time in a central control panel instead of monitoring outdated devices that are not interconnected. By tracking everything from air conditioning, equipment vibrations, video cameras and automated alarms, this new network has greatly improved the efficiency of the London Underground operation and saved operating costs for the entire system.